Serving the Aged through Ethel Foundation

Reaching out to the ageing member of the community..

Serving the Aged through Ethel Foundation

Proverbs 16:31 states that “Gray hair is a crown of glory; it is gained in a righteous life.” Getting old is inevitable, and it is a great reward from God. Caring for the aged is not only a moral duty but also a biblical obligation. In his first letter to Timothy, Apostle Paul explained that we should never abandon the elders, but instead treat them like our parents (1stTimothy 5:1). Unfortunately, in today’s society, most people do not adhere to the scriptural duty to care for the elders.

As a young person, I find it very fulfilling and a worthy deed to serve the elderly. As a youth, I have had the privilege of putting a smile to various aged people in my community through Ethel foundation. Most of the people we look after have very sad stories. They are abandoned by their families, and go for days without food. Some have leaking roofs, no blankets to cover themselves, and wear worn out clothes with no caregivers around. I feel a sense of self-satisfaction when I show them love and care, or even laughing around with them amidst their tearful stories. A first example is Jane, an old, blind woman. She lives with a drunkard son who does not mind whether she eats or not. We take foodstuff to Jane on several occasions, help her do her cleaning and more importantly, built her a toilet as shown in the pictures below. 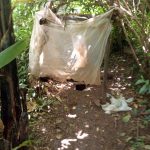 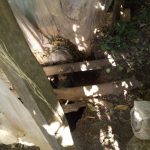 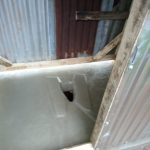 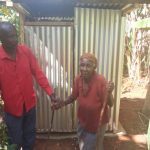 Jane posing in front of the toilet

The first image two images show the toilet which Jane had been using before we built her a new one. The last two pictures show what we built, and the last picture is Jane posing in front of the toilet.

We take foodstuffs, clothing, and beddings to the aged. Their own families have abandon most of these people. Romans 12:11-13 encourages us to share material possession with the needy in our community because our actions will mean more to them than just preaching the goodness of the Lord. Below are several pictures of various aged and ailing people whom we have visited in the past one and a half years, under the leadership of our Director Fr. Cornelius. 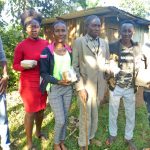 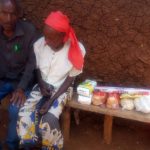 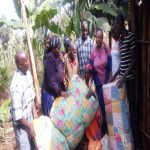 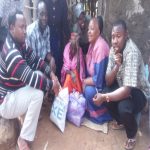 We also believe that going to visit the aged in our society for a talk is also a worthy deed. They are lonely, and in some instances, some go for days without having any person to talk to. As a young person, I have found it charming to speak with these people in their twilight years. I find it fun as they share their childhood stories, as we chat alongside a cup of tea or while just basking in the sun. Ethel foundation has given me a sense of self-development and fulfillment through helping the elderly and the needy in my locality.