Reaching out to the ageing member of the community.. 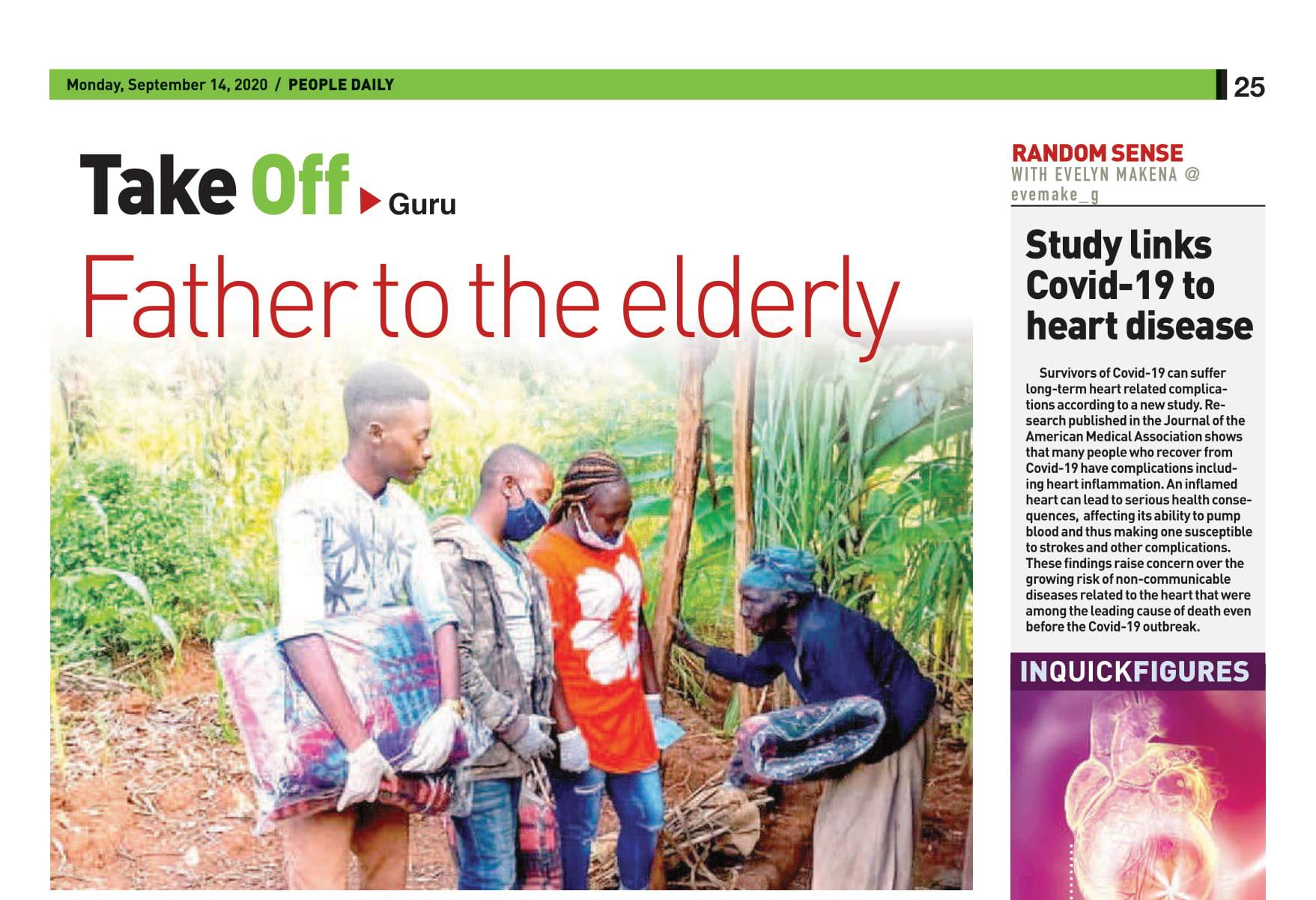 Having come from a background of poverty, Father Colonel Omondi had always wanted to alleviate suffering. He went on to become a priest as soon as he was done with his high school education. It is while working with redemptive missionaries under Conference of Redemptorists in Africa and Madagascar at the Iruma Catholic church in Tharaka Nithi that he noted the plight of old people during his regular visits to check on them. Some of them were his parish members and he wanted to make a difference in their lives. “One day I recall visiting an old lady and realized she needed more than just mass. When entered that room, I could feel the smell of dead person. We found worms had already started to eat certain parts of her body since she used to urinate and go for long calls on herbed. No one would come in to check up on her and sometimes we would find food thrown on the floor with no one to feed the old lady,” here calls.

He began mobilizing friends and parish members to assist him in improving her living condition. Though later on the old lady passed away, the incident sparked a passion in the priest to do more for the elderly who were neglected in the community. In 2018, he registered the Ethel Foundation, an isation to do just that. “People come up with projects about the youth, women, children, but little was being done to assist old people. We want to make their plight known and to advocate for their rights. Some of them have been abused by their children verbally, physically and even sexually. Its not easy for an elderly woman to say that they have been abused,” he explains. The 2019 Kenya Bureau of Statistics census indicates there has been an increase in number of old people aged 65 an above, which rose to 1.8 million old person from 1.3 million old persons recorded in 2009. Elderly women account for 55.8 per cent of this population. With the pandemic, the elderly face significant risk of contracting the virus due to change in their physiology and vulnerability .

Father Colonel believes the lack of empathy makes young people heartless when it comes to taking care of parents back at home. “The society is changing very fast and it’s unlike the old days, where when schools were closed children would run to their grandparents. We have lost the connection,” he explains. So hardened are the young people that one of Father Colonel’s challenge is dealing with those who steal food stuff meant for the elderly. “When they are with you, they will lie that they are supporting the elderly, but in reality they are not. When you leave something for the old people to eat, you find that their children have taken it. One time we took a mattress to an old lady and after one week, we found that she was sleeping on the ground and her son was sleeping on that mattress. We had to talk to the chief to help us solve the issue,” he adds. To address this challenge, Father Colonel opted to have volunteers cook food in church and deliver it to the elderly. Even with the government support for old people every month, some of it ends up in wrong hands due to lack of accountability.

This inspired in him the passion to educate the masses on the significance of taking care of their parents. He does both through sermons and on one-on-one basis. Before the pandemic, he would organize sessions with young people to impart this knowledge for transformation. “It is not easy to change someone who has lived with a particular mindset for a long time; that’s why I start with young people as it easy to mound their mind. I am glad some have converted their ways and are assisting not only their parents, but others in the community,” he says. They also faces financial challenges, which hinder operations and lead to projects stalling. They are forced to start from zero each time funds end. Even with such hardships particularly with the pandemic, Father Colonels glad he has offered the elderly he works with dignity even in death and is happy that someone listened to them. He wants to expand the organisation nationwide to impact as many old people as he can.